TIGER (Topologically-Integrated Geographic-Encoding-and-Reference System) one of the earliest GIS, and the platform for Google Map, and Mapquest and...It  began as a method to collect the information for the 1990 United States census. Your US tax payer dollara at work

GIS allows us to view, understand, question, interpret, and visualize data in many ways that reveal relationships, patterns, and trends in the form of maps, globes, reports, and charts.

A GIS helps you answer questions and solve problems by looking at your data in a way that is quickly understood and easily shared.

The Global Positioning System (GPS) is a U.S.-owned utility that provides users with positioning, navigation, and timing (PNT) services. This system consists of three segments: the space segment, the control segment, and the user segment. The U.S. Air Force develops, maintains, and operates the space and control segments.

GPS satellites fly in medium Earth orbit (MEO) at an altitude of approximately 20,200 km. Each satellite circles the Earth twice a day.

The satellites in the GPS constellation are arranged into six equally-spaced orbital planes surrounding the Earth, each containing four "slots" occupied by baseline satellites. This 24-slot arrangement ensures there are at least four satellites in view from virtually any point on the planet.

The Air Force normally flies more than 24 GPS satellites to maintain coverage whenever the baseline satellites are serviced or decommissioned. From: GPS.GOV 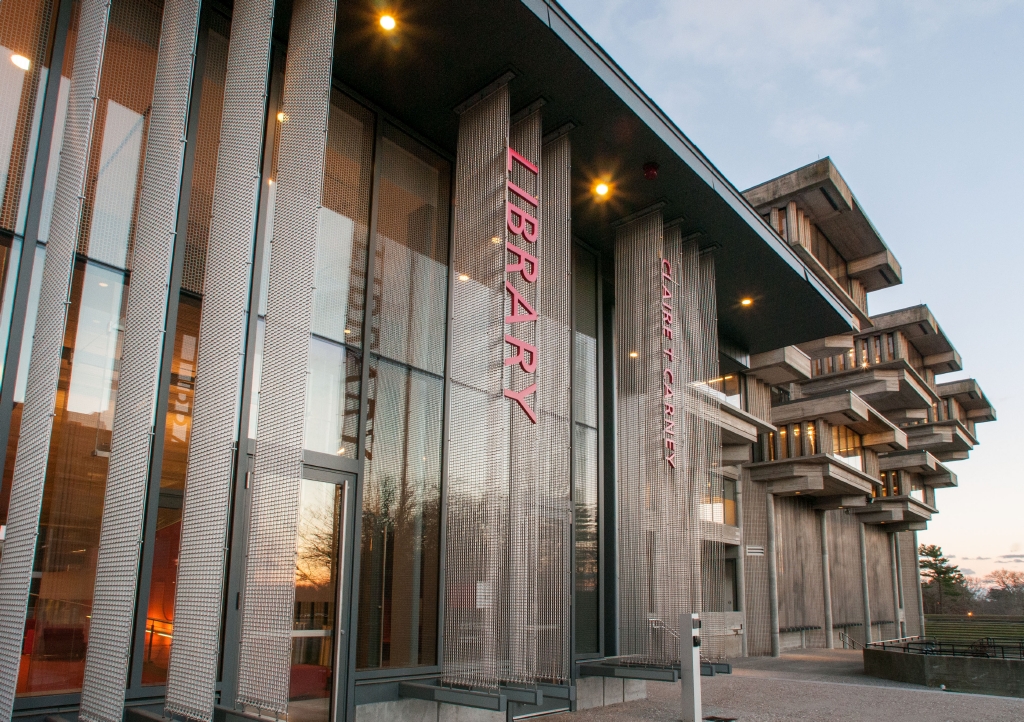 Visit us in the Carney Library
Learning Commons (1st Floor)