How to find Birth, Marriage, Death and Other Interesting information within the pages of Portuguese-American newspapers

This page provides some guidance on using other types of information that was commonly published in the newspapers in your genealogical research.

Portuguese language newspapers were much more than just a means to communicate the local news to a particular audience; they were a tie between the various communities that had been established by Portuguese immigrants throughout the United States.  They often contained a wealth of information on private and social events and thus are a great resource for today’s genealogists!

These were announcements placed, most commonly, by family members looking for individuals with whom they had lost contact asking if the whereabouts of the individual were known.

You will want to search by the full name of your ancestor and/or by the word “indagações” when a full name is not known. 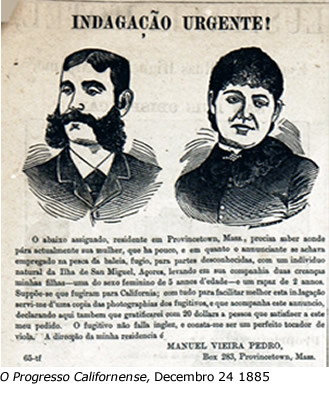 These were brief announcements, often written by the staff of the newspaper, most commonly about active and well known members of the community, that stated who had gone on vacation and where they had gone; who was visiting family and/or friends and where those friends/family lived; and who was currently traveling for work and where they were traveling to.

Doentes/Doenças, ‘No hospital’ (illnesses, in the hospital)

These were brief statements about community members who were ill or undergoing long convalesces.  Due to the frequency of the words “doentes” and “doenças”, it is important to narrow the search by including a proper name or limiting the date range. 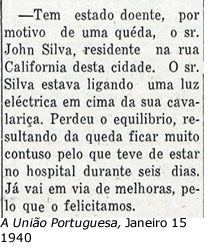